Harmonics is a critically important concept in electronics. Harmonics affect the quality of AC electricity delivered to industrial, commercial, and residential facilities, and the performance of equipment that uses the electricity in these facilities. Harmonics can increase energy costs and reduce the lifespan of hardware. In some cases, harmonics can overheat electrical conductors, creating a fire risk.

In this article we take the opportunity to briefly explain what harmonics are, and why we should care about them.

When we examine a sine wave, one of the first things we notice is that it follows a very symmetrical and repeated pattern. Each full wave has a certain length, called its wavelength. The time required for one wavelength to complete its cycle is called its period, from which we derive the term “periodic wave.” Periodic waves are found in a wide variety of natural phenomena, including ocean waves, sound, and light. Electricity transmitted over the public power grid can also be graphed as periodic waves.

A perfectly regular and symmetrical sine wave represents a very simple and “clean” example of a periodic wave. In the real world, however, periodic waves are subject to numerous influences that affect their shapes. These can produce waves that display distortions and asymmetries, as shown below.

A distorted wave can be deconstructed in to a series of waves with a primary wave of fundamental frequency and one or more harmonics waves of varying frequencies. 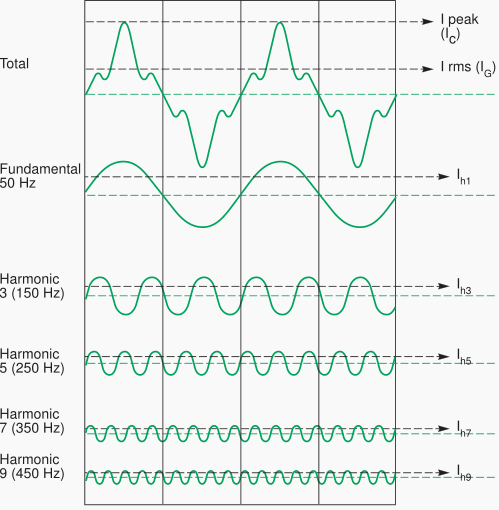 The presence of all these individual harmonics can be expressed as total harmonic distortion (THD). The mathematical formula used to calculate THD is shown below.

AC electrical loads are referred to either as linear or non-linear depending on how they draw current from the mains power supply waveform.

With a linear load, the relationship between the voltage and current waveforms are sinusoidal and the current at any time is proportional to the voltage. Examples of linear loads would include transformers, motors, resistive loads and capacitors.

Non-linear loads draw in currents in abrupt short pulses. These pulses distort the current waveforms, which in turn generates harmonics that can lead to power problems affecting both the distribution system equipment and the loads connected to it.

Side effects of harmonics

The presence of harmonics in the electrical networks do not contribute to getting any useful work done but have a detrimental effect on different components within an electrical distribution.

Some of the problems created due to harmonics present in the supply system are listed below:

Harmonics Limits as per IEEE 519

While interpreting the limits as prescribed in the IEEE 519 standard, they are applied at the Point of Common Coupling (PCC), which is the interface between the utility and the consumer. 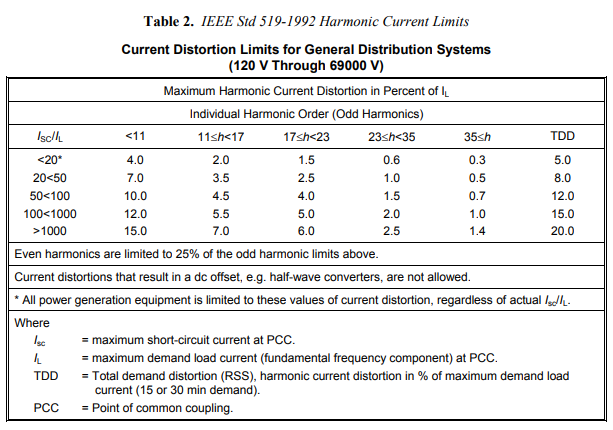 For a more detailed understanding of the standard and the other terms and conditions please visit (http://shorturl.at/ctKW2)

Impact of Harmonics on True PF

With the advent of KVAh billing the impact of harmonics on PF has come out on the forefront and most of the consumers are unable to fathom why they are recording poorer PF in their utility bills without any changes in their electrical infrastructure.

It is important to understand that earlier the PF recorded used to be the displacement PF which simply considers the fundamental components and not the RMS component of voltage and current in the calculation.

In the presence of harmonics, the revised formula is given by the equation below:

As one can see, higher the THD numbers, the lower is the true PF and so on.

To better understand the effect of harmonics on prevailing quality of power and to be able to recommend suitable harmonic mitigation solutions, it is important to first carry out a detailed harmonic analysis at the PCC as well as the different major harmonics generating loads. 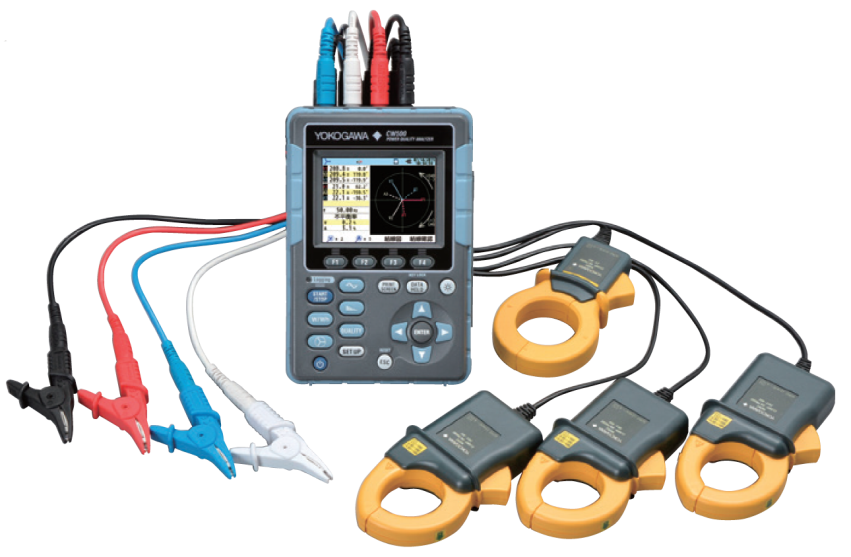 Harmonics analysis is usually carried out using portable harmonic analyzers. These analyzers are compact and can be carried around with ease and usually come with considerable power backup and set of accessories that make continuous data collection possible at site.

Once the data collection is done, the data is often analyzed and tabulated in the form of reports that help provide a better understanding of the harmonic spectrum and harmonics interactions while also laying out possible solutions that can be effective in mitigating harmonics within limits as specified by IEEE 519 standard.

With the basics of harmonics covered in this article, we shall now explore the topic in details including how to carry out harmonics analysis, possible harmonic mitigation products and how to go about selecting the right solution for specific needs.